You have lung cancer.

The tissue in the body is made up of cells. With cancer, the cells multiply uncontrollably, which leads to a malignant neoplasm (abnormal growth of tissue) developing. The cancer cells can destroy the healthy tissue and spread throughout the body.

Please note: This ICD code may also derive from the ICD-O system. If this is the case, there are usually additional letters and numbers in addition to the code. It starts with the letter M, followed by 4 digits and then a slash. There is another digit after the slash.

If it is an ICD-O code, then this does not describe a malignant cancer in all cases. The last digit after the slash gives you more detailed information about this: 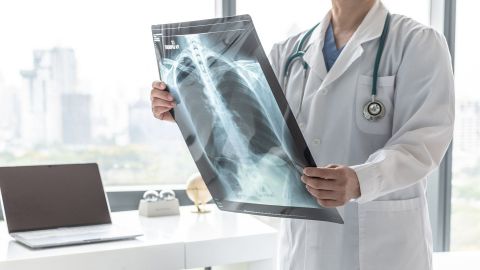 Lung cancer is one of the most common types of cancer. Around 57,000 people get lung cancer every year in Germany.