Your bronchial tubes are inflamed. You may thus have a cough and headache.

The inflammation in your bronchial tubes is caused by specific bacteria. These bacteria are called Haemophilus influenzae. 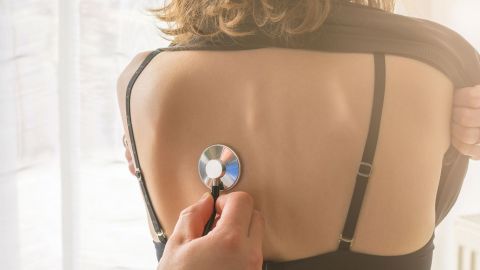 With acute bronchitis, the lower airways (bronchi) become temporarily inflamed. Initially, there is a dry cough but phlegm may later be coughed up from the airways.