Acute bronchitis is a temporary inflammation of the lower airways (known as “bronchi”). It is usually caused by cold viruses and, in most cases, heals on its own within a few days to a few weeks. Medication is not normally required but may help relieve the symptoms.

What is acute bronchitis?

Acute bronchitis is a temporary inflammation of the lower airways (known as “bronchi”). It is usually caused by cold viruses and often occurs with or after a common cold.

Acute bronchitis usually resolves on its own within a few weeks at most. Medication is not normally required but may help relieve the symptoms to some extent.

Symptoms include a cough, which may persist after the acute bronchitis itself has subsided. While acute bronchitis can be unpleasant and persistent, it is not usually a serious condition in people who are otherwise healthy.

The main symptom of acute bronchitis is a cough, which is usually dry and hacking initially. Later, this cough often becomes “productive”, i.e., it produces phlegm. The phlegm produced is mucus coughed up from the airways. The color of the phlegm may vary over the course of the infection, e.g., from whitish to a yellowish green.

Coughing frequently occurs at night and prevents sleep. A severe cough may also cause pain behind the breastbone, which can cause breathing difficulties for some people.

There are often additional symptoms if the acute bronchitis occurs in conjunction with a common cold. These include a slight fever, rhinitis (sneezing, itchiness and a blocked or runny nose), sore throat, and hoarseness.

Many people pay a visit to their family doctor as soon as a scratchy throat or runny nose develops into a persistent cough. However, most will leave without a prescription, as acute bronchitis does not usually require treatment with medication. If they are employed, they may be given a sick leave notice so that they can take some time at home to recover.

If a child has a high temperature and a cough, parents often wonder whether they need to see a doctor. In children, acute bronchitis almost always heals on its own, and so there is usually no need to rush to the doctor.

However, the same does not apply to anyone with an immune deficiency or a chronic heart or lung disease. They may require medical advice, even if their symptoms are mild.

What are the causes of acute bronchitis?

Acute bronchitis is usually triggered by viruses. The virus may be any one of a large number that also cause respiratory tract infections, such as the common cold, flu, or sinusitis (inflammation of the sinuses). It is much rarer for acute bronchitis to be caused by bacteria or by the inhalation of harmful substances (such as particles containing sulfur or heavy metals). In very rare cases, acute bronchitis may be caused by a fungal infection.

When inhaled, viruses or bacteria make their way into the bronchi. There, they can settle in the mucus membranes and multiply. To fight these off, the body produces an inflammation response. Blood supply to the affected membranes is increased and they swell. Immune-system cells fight off the pathogens in the inflamed area.

The membranes produce more fluid and mucus so that the viruses, bacteria, and dead cells, can be more easily flushed out of the bronchi and coughed up as phlegm. When the person coughs, droplets of mucus are released into the air, together with pathogens, which can then infect other people. This method of disease transmission is known as droplet infection.

How common is acute bronchitis?

Coughing is one of the most common reasons why people pay a visit to their family doctor. Every year, around 5 in every 100 people visit the doctor with acute bronchitis. Most of these cases occur during the colder months of autumn or winter.

If there has been no prior damage to the lungs, acute bronchitis usually resolves on its own without any complications. Symptoms like rhinitis or fever normally improve within just a few days. However, it may take several weeks for the cough to disappear.

If the cough persists for more than 8 weeks, medical advice should be sought. In this case, the symptoms may be due to a different disease, such as chronic obstructive pulmonary disease (COPD).

How can acute bronchitis be prevented?

As with all respiratory infections, it is important to follow good hygiene practices in order to avoid an infection with acute bronchitis. Regular hand-washing and avoiding touching the face are two measures that significantly reduce the risk of infection.

In order to avoid infecting others, these precautions should be followed:

A number of studies have investigated the efficacy of, e.g., vitamin preparations, probiotics, herbal remedies, or regular exercise. However, they did not reach a clear conclusion on the question of whether these measures can protect the body from respiratory infections.

How is acute bronchitis diagnosed?

In the case of a persistent cough, doctors usually ask the following questions:

Based on the answers to these questions, it is often possible to determine whether the case is one of bronchitis or a different disease.

The doctor normally uses a stethoscope to listen to the lungs and heart. The physical examination also includes the doctor feeling the lymph nodes in the neck, looking in the ears, and tapping the sinuses. Temperature, pulse, and blood pressure are sometimes measured also.

Further tests (such as a chest x-ray or blood tests) are only required for the purpose of excluding other illnesses, e.g., a lung infection (pneumonia).

How is acute bronchitis treated?

Acute bronchitis usually heals on its own without treatment. If feeling ill and weak, it’s best to rest for a couple of days. This also means avoiding any exercise or other strenuous physical activities. Most people find hot tea or soup soothing. It has not been scientifically proven that drinking more fluids than usual is beneficial.

Medication is not usually required. However, painkillers like paracetamol or ibuprofen may sometimes help relieve symptoms like fever and pain.

Important: Insufficient research has been conducted to date on medicines that suppress the need to cough (suppressants) or that or make it easier to cough up phlegm (expectorants). Cough suppressants should only be used temporarily and only for a nagging, dry cough that keeps the individual awake at night. Otherwise, they will suppress the most important function of coughing, i.e, to cough up mucus and foreign bodies. Herbal medicines may provide some relief for coughing.

For more detailed information about bronchitis and how it is treated, visit gesundheitsinformation.de. 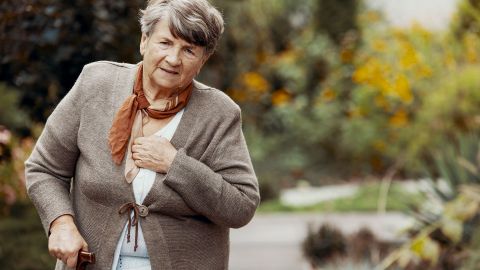 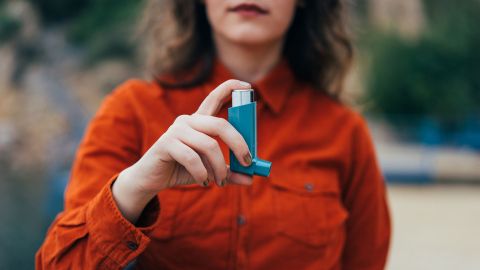 Asthma is a chronic disease that causes a narrowing of the airways. An asthma attack makes breathing difficult. Asthma is treated effectively with medication.