If a man almost always reaches orgasm too soon, this is known as premature ejaculation. Exercises, medication or sex therapy can help.

What is premature ejaculation?

When it comes to sex, inaccurate and exaggerated preconceptions are widespread, including with regard to how long it takes men to orgasm. This can fluctuate from one time to the next and depends on multiple factors.

It takes an average of 5 to 7 minutes for a man to orgasm and ejaculate. However, this period can differ greatly, ranging from less than a minute to more than half an hour.

Whether and the extent to which a comparatively early orgasm affects a man, his relationship and his sexual satisfaction varies greatly. Studies show that men estimate the amount of time that passes until they ejaculate to be longer than it really is – in some cases by a quarter or even half. It is therefore inadvisable to use what other men say for guidance.

About 4 percent of men have almost no control at all over ejaculation. This always or almost always occurs very quickly, i.e. even before or straight after penetration, for example. Doctors class this as premature ejaculation (ejaculatio praecox) if rapid orgasm becomes a problem.

To date, little research has been conducted into what causes premature ejaculation. Some specialists believe that it is linked to biological factors, such as a hypersensitive penis or an altered interaction between hormones and nerves.

How is premature ejaculation diagnosed?

Anyone who thinks they are suffering from premature ejaculation can consult a general practitioner or urologist. To make a diagnosis, the doctor will ask about the average time it takes the person to ejaculate but also about how often he ejaculates too soon, how troubling the problem is and whether he can delay ejaculation. Further investigations should only be carried out if the doctor believes there to be a medical problem.

A diagnosis of premature ejaculation is given if

From a medical perspective, premature ejaculation does not exist if

The consultation will also look at other possible causes that can influence how long it takes to ejaculate. For example, it is thought that an inflamed prostate can play a role. If the prostate is inflamed, this should therefore be treated first. Signs of this include frequent or painful urination.

How is premature ejaculation treated?

Whether and how patients want to be treated for premature ejaculation is a personal question. There are a variety of treatment methods available:

Important: Selective serotonin reuptake inhibitors (SSRI) are the most widely used type of medication for treating premature ejaculation. The only drug from this group to be approved for such treatment in Europe is dapoxetine. However, this only extends the time until ejaculation by an average of one to one-and-a-half minutes. Other SSRI medication are far cheaper and more effective. Doctors can prescribe them as an “off-label” treatment.

Regardless of whether or not it has been approved for this purpose, the cost of medication for treating premature ejaculation is not covered by legal health insurance providers.

Further information, such as how to combat premature ejaculation, can be found at gesundheitsinformation.de.

What other useful information is there about premature ejaculation?

Their sex life plays an important role in many people’s self-confidence. Men who experience premature ejaculation can feel pressurized by inaccurate stereotypes about sex and even bragging and improper claims. However, they should not let themselves be influenced by such things: they are no less “manly” than others.

If premature ejaculation becomes a problem and affects a man’s sex life, it becomes a bigger issue for him. Many men find it frustrating that they cannot control how long it takes them to orgasm.

Some men are afraid that they will not perform well enough during sex and will be unable to satisfy their partner. However, a couple’s love life does not have to revolve around sexual intercourse and how long it takes to ejaculate. There are many other ways to experience one’s own sexuality, orgasm and enjoy intimacy. For many people, general satisfaction with their love life and relationship is more important than how long sexual intercourse lasts.

Some men tend to repress the topic and not speak openly about it. However, this can exacerbate the problem. 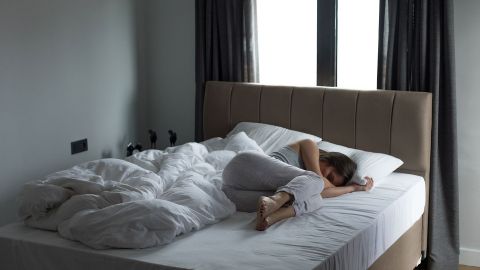 People with depression have sad and negative thoughts for weeks, withdraw from family and friends. Depression determines the way they act and think. Daily life, work, and studying become difficult.