What is air pollution?

The Bundes-Immissionsschutzgesetz (Federal Immission Control Act) regulates air pollution in Germany, specifically “changes to the natural composition of the air, especially as a result of smoke, soot, dust, gases, aerosols, vapors or odors”.

Numerous air pollutants can become harmful to human and animal health if their concentrations in the air exceed certain levels. The main air pollutants that have been proven to pose health risks include particulate matter, ozone, nitrogen dioxide and sulfur dioxide.

These air pollutants are primarily caused by humans through energy production, energy consumption, road traffic, agriculture and the production of goods, especially in the area of industrial production. There are also natural causes such as forest fires.

Of the air pollutants mentioned, particulate matter is the main one that causes changes to the arterial vessel walls (arteriosclerosis) and thus also leads to cardiovascular diseases.

Why does particulate matter pose such high risks to health?

Particulate matter is created by a wide range of both natural and man-made sources, especially:

Particulate matter, especially ultrafine particles are considered to be particularly harmful to health compared to other air pollutants. This is because they can penetrate very deeply into the airways with the result that they remain in the body rather than being exhaled with the airflow like other air pollutants.

What makes particulates a health risk?

This video explains why particulates are a health risk.

Air flows between the lungs and the cardiovascular system via the pulmonary alveoli (air sacs). Inhaled particulate matter can penetrate to this point and enter the bloodstream via the alveoli.

The processes that then follow have not yet been fully researched but experts believe that the particulate matter can trigger inflammation in the vessel walls. This increases the risk of arteriosclerosis – a vascular disease also known as “atherosclerosis” or “vascular calcification”.

Arteriosclerosis is associated with progressive damage to the arterial blood vessels: the vessel walls harden and deposits form in them that constrict the blood vessels.

Due to these vascular changes, arteriosclerosis can cause a number of cardiovascular diseases.

Important: In addition to the “classic” risk factors such as obesity, smoking, high blood pressure, diabetes or high cholesterol levels, particulate matter is now also regarded as a further key risk factor for the development of cardiovascular diseases.

What preventive measures are there?

Although the level of particulate matter in Germany has been significantly reduced since the 1990s, in many places the levels are often still high enough to be damaging to health, especially in urban areas.

The National Air Pollution Control Programme established in 2019 aims to further improve air quality in Germany by 2030. For example, it establishes emission limits for various industrial sectors. The main objective of the program is to significantly reduce the levels of particulate matter as well as substances such as ammonia that promote its formation.

What is the air quality like in my region?

The latest information about the air quality in your region and Germany as a whole can be found on the Federal Environmental Agency (Umweltbundesamt) website. Climate change and pollen: why allergies are on the increase 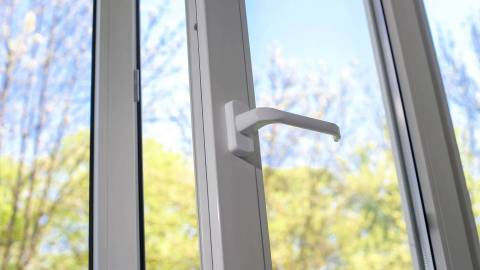 This article explains how household pollutants can get into the air, what the consequences can be and how you can protect yourself.