Diabetes insipidus occurs when the body does not create enough of a particular hormone or when it fails to act on the kidneys. Concentrated urine is then unable to form. The result is very frequent urination and increased thirst.

What are the symptoms of diabetes insipidus?

Typical symptoms of diabetes insipidus are:

With some types of diabetes insipidus these symptoms occur very suddenly, while with others they develop over months or years.

Other symptoms that indicate a lack of water in the body are, for example:

Various mechanisms regulate the body’s water levels. The antidiuretic hormone (ADH), also called vasopressin, plays a vital role in this. It is produced in the brain and the pituitary gland releases it to the blood when needed. ADH ensures that the collecting ducts in the kidneys retrieve water from the urine.

When ADH is not produced in sufficient quantities in the brain, or not produced at all, fluids are lost because the kidneys cannot retrieve the water – large volumes of watery, colorless urine are then produced. These cases are known as central diabetes insipidus because the cause of the ADH deficiency lies in the brain and, thus, the central nervous system.

An ADH deficiency often occurs without the exact cause being identified. The inadequate hormone production can sometimes be traced to particular illnesses and risk factors. These include, for example:

The possible causes of this include:

How is diabetes insipidus diagnosed?

Diabetes insipidus can be identified from the typical symptoms and through various laboratory tests.

There is excessive urine production and, therefore, an indication of diabetes insipidus in an adult if over 40 to 50 milliliters of urine per kilogram bodyweight are excreted within 24 hours. That would be over 2.8 to 3.5 liters for a bodyweight of 70 kilograms.

With diabetes insipidus, the blood plasma is typically too concentrated, while the urine is too thinned. This can easily be proven in the lab. It is also important to test the salts (electrolytes) in the blood in order to identify any possible mineral balance disorders.

If the sugar level in the blood and urine is elevated, this usually indicates that it is not diabetes insipidus.

The patient is deprived of all fluids for several hours. If diabetes insipidus is present, large volumes of less concentrated urine continue to be produced. To avoid complications, the thirst test is monitored by a medical professional.

The hormone desmopressin is usually administered in the second part of the thirst test. It works in the same way as the body’s own antidiuretic hormone (ADH). It enables doctors to see which type of condition is involved: if the urine volume and concentration becomes normal when desmopressin is given, it shows that the kidneys are working normally. Therefore the condition is being caused by deficient ADH production in the brain (central diabetes insipidus). On the other hand, if desmopressin has little or no effect, the disorder is in the kidneys themselves (renal diabetes insipidus).

Evidence of copeptin in the blood

This protein plays a role in producing ADH in the brain and may also be an indication of diabetes insipidus.

This can detect, for example, inflammations or tumors in the pituitary gland area.

What is diabetes insipidus?

Diabetes insipidus is a rare condition in which large amounts of urine are excreted. The body keeps losing water via the kidneys, which causes extreme thirst.

The kidneys usually produce concentrated urine by recovering water from the urine and thereby avoiding unnecessary fluid loss. This requires a hormone from the pituitary gland (hypophysis), the so-called antidiuretic hormone (ADH), also known as vasopressin. If this is not produced in sufficient quantities, or if the kidneys do not respond correctly to it, diabetes insipidus occurs.

How is diabetes insipidus treated?

With diabetes insipidus, basically, it is important to drink a lot. In children and older people in particular, a lack of water can quickly cause circulatory failure.

Sometimes a particular cause of diabetes insipidus can be identified and eliminated. For example if there is a disorder in the mineral balance, this can be remedied. Also after medication that can cause diabetes insipidus is withdrawn, the kidney function sometimes recovers. The treatment also depends on the nature of the condition.

The hormone desmopressin is administered to compensate for the deficient ADH production in the brain. Desmopressin comes as a solution to be injected, as a nasal spray, or in tablet form.

In cooperation with the Institute for Quality and Efficiency in Health Care (Institut für Qualität und Wirtschaftlichkeit im Gesundheitswesen) (IQWiG). As at: 06/02/2021 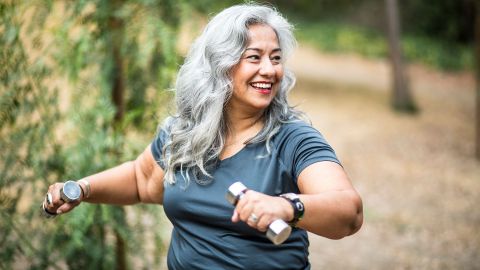 In type 2 diabetes, the blood sugar level is raised because the body’s cells fail to respond properly to the hormone insulin and don’t absorb enough sugar from the blood. 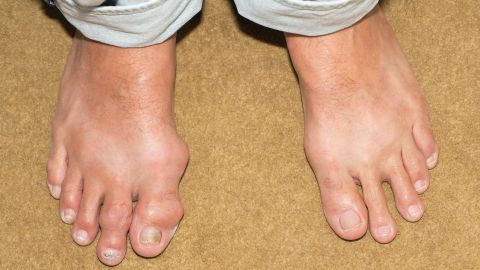 Gout is a metabolic disorder that inflames the joints. Acute gout attacks often start at night or early in the morning, with a sudden, painful swelling of the joints. 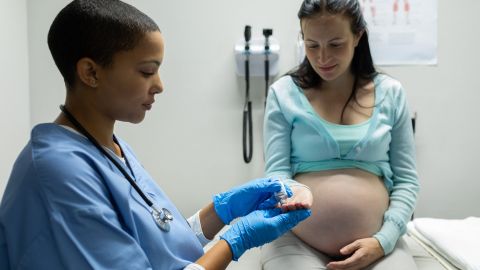 Diabetes in pregnancy (gestational diabetes) increases the risk of certain rare birth complications. This risk can usually be reduced by a change in diet.