When a person is said to have “swine flu”, they in fact have a “normal” flu caused by influenza A viruses. The term “swine flu” originates in 2009, when an influenza virus normally occurring only in pigs acquired new genetic features that allowed it to be transmitted to humans and caused a global outbreak of flu.

What is swine flu?

Swine flu is simply a “normal” viral flu infection. It is caused by the virus strain known as influenza A(H1N1)pdm09. It was detected for the first time in 2009, leading to a pandemic of flu that became commonly known as “swine flu”. The virus has since become one of the causes of seasonal flu outbreaks.

Influenza (flu) viruses are common in humans, birds and pigs. It is primarily viruses belonging to the influenza A and B groups that make people ill. Animals are only affected by influenza A viruses.

In very rare cases, humans can be infected with flu viruses from pigs and become ill as a result. In contrast, animals can very easily be infected with human influenza A viruses and develop symptoms. Infections occur primarily in pig farming due to close contact with infected workers.

Pigs, birds and people can be infected with various flu viruses at the same time. If different virus subtypes come into contact with one another, they may exchange genetic information and create new types of flu viruses. In some cases, these viruses can be transmitted to humans and spread in the population – as was the case in the 2009 pandemic.

If flu viruses pass from an animal to a human and cause illness, this is known as zoonotic influenza.

These kinds of flu infections can occur during the “classic” flu season between December and April – but may also appear at other times of the year.

What are the symptoms of swine flu?

The first symptoms appear between 1 to 5 days after infection. These include:

Overall, the symptoms tend to be mild and are comparable to those of seasonal flu. However, severe or fatal forms of the illness may develop in people with pre-existing conditions.

People who develop a severe form often develop pneumonia, which is sometimes complicated by an additional bacterial infection. Treatment in hospital may be necessary.

Whenever a flu is passed from an animal to a human, it is always caused by influenza A viruses. While influenza B viruses can also make people ill, they only occur in humans. There are several subtypes of influenza A viruses, which differ in their H (hemagglutinin) and N (neuraminidase) components.

When a person catches the flu, it is normally caused by a virus of the subtype H1N1 or H3N2. The same subtypes also occur in pigs. Despite this, the flu viruses occurring in pigs are still so different from those in humans that they rarely cause illness in people. Infections only occur due to close contact with infected animals. Most people affected work in pig farming, in slaughterhouses or in veterinary practices.

Important: Eating pork or pork products is not associated with contracting swine flu.

Due to slight changes in the viruses’ genetic information, different flu variants appear and cause seasonal flu outbreaks every year. If an entirely new combination occurs containing segments of animal flu viruses that can also spread in humans, this can lead to a flu pandemic. The “Spanish flu” of 1918 was also caused by an influenza A virus of the type H1N1.

Which people are particularly at risk from swine flu?

Swine flu viruses that are passed on to humans often only cause mild symptoms. The following groups of people are at an increased risk of developing a severe or fatal illness:

How common is swine flu?

It is rare for people to be infected with swine flu viruses.

What can be done to prevent swine flu?

Components of the virus that caused the swine flu pandemic in 2009 have already been incorporated into the regular seasonal flu vaccines.

There is no vaccine against individual flu viruses that are passed from pigs to humans. More particularly, a flu vaccine is ineffective against new combinations of influenza viruses because new vaccines can only be created when the composition of the viruses is known.

There are also many hygiene measures that can be taken to prevent infection with swine flu viruses.

Transmission of these viruses can be prevented by:

Person-to-person transmission can be prevented by:

How is swine flu diagnosed?

An infection with a swine flu virus may be suspected if a person shows typical symptoms of flu and has had close contact with pigs. This mostly affects people who work with pigs as part of their job. Swine flu is suspected in particular if the symptoms occur outside of the flu season.

Doctors can take a sample of fluid from the nose or a nasal and throat swab and perform a rapid test in the doctor’s office itself. However, this test only detects flu viruses and doesn’t distinguish between different subtypes.

If it is suspected that the person has contracted flu from a pig or if swine flu is confirmed, the health authorities are notified. Experts at the national reference center for influenza will then analyze the samples taken in greater detail. This allows them to determine whether the virus represents a new combination of genetic information.

How is swine flu treated?

People can generally recover from swine flu at home. It’s important to get rest and plenty of fluids, in particular in the case of a high temperature.

If a patient is suffering with flu caused by a swine flu virus, doctors can use antiviral drugs to prevent the flu viruses from replicating. These include the active agent oseltamivir from a group of drugs known as neuraminidase inhibitors. In the best-case scenario, the drugs will shorten the length of the illness. However, they are only effective if treatment is started within the first 48 hours after the onset of symptoms.

In cooperation with the German Society of Virology (Gesellschaft für Virologie e.V.). As at: 07/29/2022 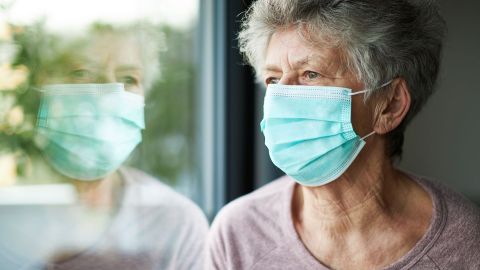 COVID-19 is caused by an infection with SARS‑CoV‑2. The disease may be mild or very severe. Observing the public health rules and getting the coronavirus vaccine are important preventive measures. 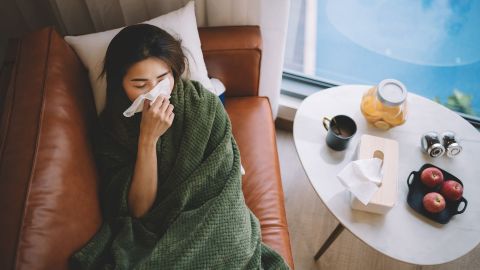 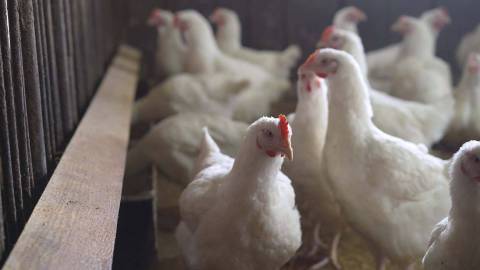 Bird flu (avian influenza) primarily affects birds but can also be transmitted to humans through close contact with infected birds. Infection is rare but often has severe symptoms.