Gastritis is common. It is typically caused by Helicobacter pylori bacteria or by certain pain-relieving medication. Gastritis can be acute or chronic. The acute form is indicated by gastrointestinal upset, while the chronic form often produces no symptoms.

Gastritis is an inflammation of the gastric mucosa. The gastric mucosa protects the wall of the stomach from gastric acid and pathogens. Gastritis develops when the protective mucosal layer is irritated or damaged and then becomes inflamed.

If the inflammation persists for a longer period, the stomach wall may be damaged or a gastric ulcer may form.

Gastritis usually occurs as a result of infection with Helicobacter pylori bacteria or regular use of NSAIDs – a specific group of non-steroidal anti-inflammatory drugs – for pain relief.

A distinction is made between two forms of gastritis: acute and chronic. Acute gastritis becomes apparent when there are clearly noticeable gastrointestinal symptoms. These symptoms commonly ease by themselves after a few days. Chronic gastritis often remains without obvious symptoms. It is sometimes only discovered when gastric ulcers cause symptoms.

What are the symptoms of gastritis?

Acute gastritis may include the following symptoms:

Some of these symptoms can also occur with other diseases, such as gastroesophageal reflux disease, functional dyspepsia (indigestion), irritable bowel syndrome (IBS) or gastric flu (gastroenteritis).

What are the causes of gastritis?

Gastritis occurs when the stomachs protective mucosal layer is damaged and then becomes inflamed. There are various causes for this. Among the most common causes are an infection with Helicobacter pylori bacteria or frequent use of non-steroidal anti-inflammatory drugs (NSAIDs) as painkillers.

Helicobacter pylori bacteria disrupt the production of gastric acid. This disruption causes acidification, which can damage the gastric mucosa and the wall of the stomach. However, an infection does not always result in inflammation. In Germany, it is estimated that 40 percent of people are carriers of the Helicobacter pylori bacteria. Only about 4 to 8 percent of these will develop gastritis or a gastric or duodenal ulcer.

Important: Helicobacter pylori bacteria can be transmitted via saliva, vomit, stool (fecal matter), drinking water and food. It is presumed that infection most commonly occurs in childhood due to close contact within the family.

It is rare for anyone who only takes these drugs for a short time to treat acute pain to suffer any side-effects. However, if they are taken over a longer period of weeks or months, they may impair the protective function of the gastric mucosa. This is because they block the production of the tissue hormone prostaglandin.

This damaging effect on the stomach may be more severe if NSAIDs are taken together with cortisone.

Smoking, constant stress and a diet that is heavy in fat and sugar or spicy foods can cause stomach trouble. Excessive alcohol consumption can also cause acute gastritis.

In rare cases, bile reflux is responsible for gastritis. With bile reflux, bile fluid flows from the duodenum into the stomach and damages the gastric mucosa.

The video below explains the symptoms and causes of gastritis.

How common is gastritis?

Gastritis is common. In Germany, approximately 20 percent of people suffer acute gastritis at some point in their lives.

The likelihood of getting gastritis increases with age. Most women who develop gastritis do so between the ages of 45 and 64, while men are most likely to develop it after the age of 65.

How does gastritis develop?

If the gastric or intestinal mucosa can no longer adequately protect the organ walls, inflammation and damage may occur. If this damage is not treated, an ulcer may develop in the stomach or duodenum and cause serious complications such as bleeding.

With chronic gastritis, anemia (insufficient red blood cells in the blood) sometimes also develops due to the mucous membrane being constantly inflamed. It is very rare for a malignant tumor to develop.

For more detailed information, for example about how to avoid gastric and duodenal ulcers caused by pain medication, see gesundheitsinformation.de.

How is gastritis diagnosed?

After a discussion about the symptoms, pre-existing conditions and medications being taken, the doctor palpates the abdominal region and upper abdomen. This examination can provide the first indications of gastritis.

A gastroscopy may then be useful for further verification. This takes 5 to 10 minutes. The examination is carried out using an instrument called a gastroscope, which is inserted into the stomach through the mouth and esophagus. The doctor can use the gastroscope to observe the esophagus, stomach and duodenum and detect any changes, such as inflammation or bleeding of the gastric mucosa.

Further information about what happens during a gastroscopy can be found at gesundheitsinformation.de.

Tissue samples can also be taken from any suspicious-looking sites on the mucosa. These samples can then be examined for infection with Helicobacter pylori bacteria or cell changes that could potentially indicate cancer.

Doctors sometimes also uses a special breath test to detect an infection with Helicobacter pylori bacteria. However, other methods such as a blood test or stool test can also be used for this purpose.

How is gastritis treated?

The severity of the inflammation, the patient’s symptoms and the causes of the gastritis will determine which treatment is used.

Abstaining from alcohol and nicotine is important when suffering from acute gastritis. A diet of bland food (such as crispbread and oatmeal) and plenty of rest are often recommended also. In contrast, a person suffering from gastritis should avoid beverages such as coffee and fatty or spicy foods.

Doctors often also recommend fasting or eating only small portions of food for one to two days. However, there has not been enough research to date into the efficacy of these methods.

If a patient suspects that their gastritis may be induced by stress, they can try to deal differently with their stress triggers and to make more time for relaxation in their daily routine.

If symptoms persist or are very severe, acid-blocking drugs can be used. These are taken until the symptoms subside.

Doctors will prescribe one of the following active ingredients, depending on the severity of the symptoms:

If gastritis is caused by an infection with Helicobacter pylori bacteria, proton pump inhibitors are combined with two or three antibiotics.

In cooperation with the Institute for Quality and Efficiency in Health Care (Institut für Qualität und Wirtschaftlichkeit im Gesundheitswesen – IQWiG). As at: 11/24/2021 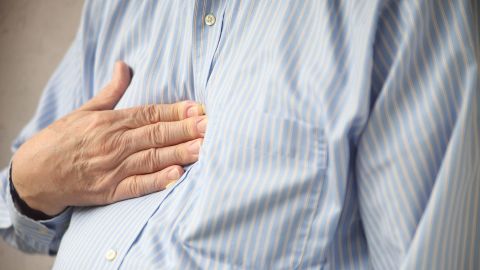 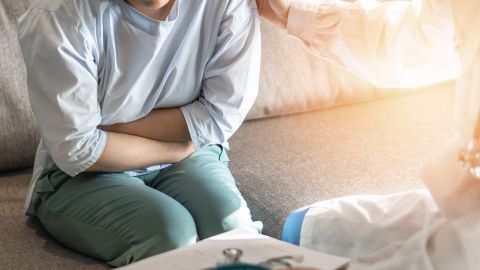 Irritable bowel syndrome (IBS) is not dangerous but can be painful and bothersome. Typical symptoms of a nervous bowel include abdominal pain, constipation, and diarrhea. 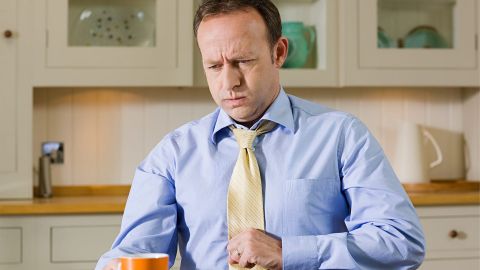 The most common symptoms of indigestion are a feeling of fullness, stomachache, and early satiety. There are many causes and treatment options.