Hepatitis C is an inflammation of the liver caused by the hepatitis C virus and is mainly transmitted through contact with blood. If the infection becomes chronic, cirrhosis of the liver and liver cancer can develop over time. However, these days over 95 percent of those infected can be cured with drug treatment.

What is hepatitis C?

Hepatitis C is an inflammation of the liver caused by the hepatitis C virus. The pathogen was not discovered until 1989. People are mainly infected through infected blood, making drug users who share syringes the main risk group.

Acute hepatitis C is usually without noteworthy symptoms but in more than half of the cases it becomes chronic and over time can lead to cirrhosis of the liver and liver cancer. While there is no vaccination against the hepatitis C virus yet, the infection can now be effectively treated with medication.

“Hepar” is the Greek word for liver, hence the name hepatitis. Since there are different hepatitis viruses and forms of hepatitis, doctors give them different letters, from A to E.

What are the symptoms of hepatitis C?

In three quarters of all cases, an acute infection with the hepatitis C virus either results in no symptoms or only mild and non-specific ones.

The remaining quarter of those infected also has jaundice (icterus), where the white part of the eyes and the skin become a light yellow. The stool is also light but the urine is dark. Not uncommonly, jaundice is associated with itching.

If the acute infection develops into chronic hepatitis C, it also often goes unnoticed or only causes non-specific symptoms such as tiring easily, itching or joint pain. Mild pain around the liver at the right costal margin can also occur.

How do people get infected with hepatitis C?

The main source of infection for hepatitis C is contact with pathogen-containing blood. People who inject drugs and share, for example, syringes, cannulas, spoons or pans with each other are particularly at risk. But hepatitis C viruses can also be transmitted through blood residue through sharing snorting tubes, for example when snorting cocaine.

Healthcare professionals can also get infected, for example through accidental stab wounds. But the risk of infection here is low and is less than one percent. Having systematic virus tests performed in Germany has meant that the disease is no longer so frequently transmitted through contaminated blood supplies.

Hepatitis C viruses are not only found in blood but also occasionally in saliva, sweat, tears or sperm – but overall the risk of being infected through these body fluids is very unlikely. Injurious sexual practices are the exception.

If a pregnant woman has hepatitis C, she might pass it on to her baby while giving birth or even before through the placenta. But the likelihood of this kind of mother-baby transmission is only in the single-digit percentage range.

How common is hepatitis C?

Hepatitis C is common all over the world. According to estimates by the World Health Organization, about one in 100 people is even chronically infected, with the infection rates varying significantly from country to country and being comparatively high in places like the Middle East and in parts of Africa, Central Asia and Europe. But in the German population at large the proportion of those infected with hepatitis C is only about 0.3 percent.

Some demographic groups – for example prison inmates or migrants from countries with a higher infection rate – are more often affected by the infection. Various studies in Germany have found that between one third and three quarters of people who consume drugs have hepatitis C.

How does hepatitis C develop?

When someone is infected with hepatitis C, it can take between 2 weeks and 6 months for specific antibodies to the viruses to be detectable in the blood and for any symptoms to appear. But generally 7 to 8 weeks pass before the outbreak of the infection.

People infected with hepatitis C can basically be contagious to other people for as long as the genetic material of the hepatitis C virus (HCV-RNA) is in their blood. This indicates that the pathogens are replicating in the body and in the case of an acute infection, this is often the case after just a few days, i.e. before the onset of symptoms. Those with a chronic infection can also infect others.

In about 15 to 40 percent of those with the disease, an acute hepatitis C infection clears up without any complications over the course of a few weeks to months. But people who have recovered from an infection can be re-infected later because hepatitis C leaves no lasting immunity.

In 60 to 85 percent of cases, however, the infection becomes chronic. If it is not treated, some of these patients go on to develop cirrhosis of the liver long-term, often over a period of 20 to 30 years. In the process, liver tissue is increasingly converted into connective tissue and liver function declines.

But the course of the disease is different depending on the individual and is influenced by many factors.

For example, the following are considered unfavorable:

People with cirrhosis of the liver due to hepatitis C also have increased risk of liver cancer. Chronic hepatitis C can lead to conditions affecting other organs, for example chronic kidney disease, vascular inflammation, lymph node cancer or cardiovascular disease.

How can hepatitis C be prevented?

Vaccination against hepatitis C does not yet exist. But people at risk can still protect themselves. And so it is important for people who inject drugs to always only use their own syringe and accessories. Tubes for snorting drugs should not be shared either.

Those who live with someone infected with hepatitis C can avoid contact with pathogen-containing blood traces by not sharing things like razor blades, razor kits, nail scissors or toothbrushes. The use of condoms is particularly strongly recommended for people who frequently change sexual partners.

In medical settings, the usual hygiene and health and safety measures are usually enough to prevent hepatitis C infections.

How is hepatitis C diagnosed?

Hepatitis C often doesn’t have typical symptoms. It is therefore not uncommon for the diagnosis to be by chance – for example, if a medical check-up reveals elevated liver values and the doctor begins to suspect hepatitis C from looking at the person’s medical history.

Hepatitis C is diagnosed using a blood test to first of all look for specific antibodies to the viruses. If these are detected, the blood is also tested for the genetic material of the pathogen (HCV-RNA) as that’s the only way to distinguish between an infection that has cleared up and one that is active.
Doctors also perform an ultrasound to assess whether hepatitis C has damaged the liver.

How is hepatitis C treated?

Some cases of acute hepatitis C clear up on their own. It doesn’t then have to be treated.

But if the infection becomes chronic, the patients usually receive combination treatment with different active ingredients. A number of different drugs that effectively inhibit the replication of the hepatitis C viruses (protease inhibitors, polymerase inhibitors, NS5A inhibitors) have been available for a number of years. The treatment typically takes 8 to 12 weeks, sometimes longer. Nowadays more than 95 percent of the patients treated are cured. 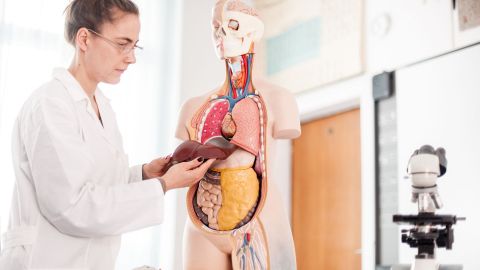 Liver cancer is often only detected at a late stage. As a result, it is often no longer curable. The treatment depends on the stage of the disease. 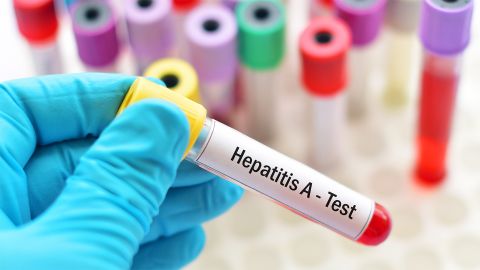 Hepatitis A is an infectious disease often brought back from traveling. The main symptom is liver inflammation. Find out more about symptoms, treatment, and vaccine protection. 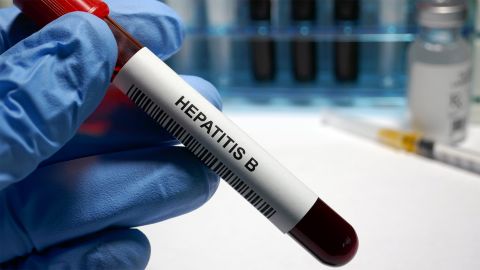 Hepatitis B is a viral infection of the liver transmitted during unprotected sex, for example. Find out how the infection goes on to develop, what complications it has and who should be vaccinated.