Hodgkin’s lymphoma is also sometimes called lymph node cancer or lymph gland cancer. Adolescents and young adults or people over 70 typically get it. In this article you will find out what diagnosis and treatment options there are and what is important for aftercare.

What is Hodgkin’s lymphoma?

Hodgkin’s lymphoma is a malignant cancer of the lymphatic system. It is sometimes referred to as lymph node cancer or lymph gland cancer. The malignant cells come from white cells known as mature lymphocytes. They particularly spread in the lymph nodes, but they can also multiply in the liver and other organs.

The name of the lymphoma comes from the British doctor Sir Thomas Hodgkin, who first described the lymphoma as a separate condition in 1832.

The video below explains when doctors talk about cancer and how cancer occurs.

What are the symptoms of Hodgkin’s lymphoma?

Patients who have Hodgkin’s lymphoma usually complain of painless, swollen lymph nodes at the beginning. They are most common at the throat, above the collarbone and in the neck. They often feel rough or rubbery to the touch.

Other possible symptoms are:

But these symptoms can also occur with other conditions, including other malignant lymphomas or tumors, but also non-cancer related diseases such as infectious diseases.

Important: Experts say a lymph node swelling of unclear origin that has existed for more than four weeks or that is clearly getting bigger should be checked out. Doctors usually remove a suspicious lymph node through a small operation.

For most patients, no clear reason can be found why Hodgkin’s lymphoma develops but it is believed there must be a combination of different factors.

Patients with a very weakened immune system, for example after an organ transplant or due to HIV, get Hodgkin’s lymphoma more often than healthy people. Experts also discuss heavy and long-term smoking as being a risk factor.

An infection with the Epstein Barr Virus (EBV) can also make people more likely to develop Hodgkin’s lymphoma. But how exactly they are linked is not yet clear. Most people come into contact with EBV in childhood. The infection usually remains unnoticed. The virus can cause glandular fever, especially with a primary infection. After the infection, EBV remains in the person’s body throughout their life.

How common is Hodgkin’s lymphoma?

Hodgkin’s lymphoma is rare. About 2,500 people get it every year. People of any age can get the disease. It is especially common among adolescents and young adults or people over 70.

How does Hodgkin’s lymphoma develop?

Hodgkin’s lymphoma commonly develops in lymph nodes around the throat and neck. Lymph nodes behind the breastbone (mediastinal lymph nodes) or in the abdominal area are less often affected. Lymphoma cells can also later spread to other lymph nodes and other organs via lymph channels and via the blood. Patients die from Hodgkin’s lymphoma if it is left untreated.

Treatment adapted to the patient can these days permanently cure most patients with Hodgkin’s lymphoma. Even if the lymphoma reappears after the first treatment, those affected have the prospect of being cured with another course of treatment.

How is Hodgkin’s lymphoma diagnosed?

If doctors suspect that a patient has Hodgkin’s lymphoma, they usually remove an abnormal lymph node, often by making a small skin incision under local anesthetic. Patients can then go home again after the procedure. But sometimes surgery in hospital under general anesthetic is required as well.

The tissue taken during the operation is closely examined by specialists in a laboratory. They determine the following:

If Hodgkin’s lymphoma is diagnosed, the doctors examine how far the lymphoma has spread in the body. Experts also call these examinations “staging”. These include:

Hodgkin’s lymphoma is classified into one of four stages depending on the spread. This has been done according to the Ann Arbor classification for many decades. The doctors also add the letters “B” or “A”. This means that the patient also has general symptoms (B for “B symptoms”) or that they don’t (A). Determining the stage is critical for treating Hodgkin’s lymphoma.

Is there screening for Hodgkin’s lymphoma?

Important: Patients with symptoms indicating Hodgkin’s lymphoma should go and see a doctor promptly. This way Hodgkin’s lymphoma can either be ruled out or identified early on. This is important for those affected as the less Hodgkin’s lymphoma has spread in the body, the more gentle the treatment of the cancer given by the doctors can be.

How is Hodgkin’s lymphoma treated?

The goal of treatment is for most patients who have Hodgkin’s lymphoma to be cured permanently. If the diagnosis is confirmed, experts recommend starting with treatment quickly. This stops the lymphoma from spreading further in the body.

It depends on the spread of Hodgkin’s lymphoma and other risk factors as to how aggressively the doctors treat affected patients. Doctors differentiate between three treatment groups, also called (treatment) stages – an early, middle (intermediate) and advanced stage.

Patients can have side effects from both chemotherapy and radiotherapy. Many side effects are temporary and can be alleviated by preventive measures or treated through supportive procedures.

Specialized doctors are continuously developing the treatment of patients who have Hodgkin’s lymphoma. In Germany these are mainly the doctors of the German Hodgkin Study Group (GHSG).

In what are known as treatment optimization studies, the experts want to further improve tried and tested treatments: by making small changes, they hope for the Hodgkin’s lymphoma treatment to remain highly effective while at the same time affecting people with the disease less and less. Patients should check with their doctors before the start of treatment whether they can take part in a clinical study.

Would you like to learn more about chemotherapy and its side effects? How chemotherapy works, its active ingredients and side effects are described in more detail on the Cancer Information Service of the German Cancer Research Center website (in German).

The modern treatment options mean that most patients who have Hodgkin’s lymphoma are now being cured. But doctors should regularly examine patients even after the end of treatment, because

During the follow-up examinations, the doctors mainly ask about the patient’s symptoms, perform a physical examination and check their blood.

Once treatment has been completed, patients are examined regularly, initially at short intervals, then at longer ones. Those affected should discuss with the doctor treating them how often they should come for aftercare and what specific examinations they need. But experts recommend all patients to have regular, life-long aftercare.

The treatment of Hodgkin’s lymphoma can also cause long-term damage to the function of individual organs. Doctors pay special attention to the following in the aftercare they give to Hodgkin’s patients:

Important: Not every patient is affected in the same way by side effects and complications. And the benefit of modern Hodgkin’s lymphoma treatment for the patient undoubtedly outweighs the risks of the treatment.

What is to be considered after Hodgkin’s lymphoma? Why are regular check-ups important?

Relapses of Hodgkin’s lymphoma are rare 5 years after diagnosis and treatment. The tumor is then considered cured. Nevertheless, those affected cannot simply “forget” the disease because complications of the treatment can still make themselves felt. The aftercare should therefore not be ended after 5 years, it needs to be life-long.

Doctors should carefully explain to their patients the possible long-term risks and the benefit of check-ups. In this way they can be motivated in the long term to keep follow-up appointments reliably, even beyond the first 5 years.

Who is responsible for long-term aftercare?

The first points of contact for questions about long-term aftercare of Hodgkin’s lymphoma are often GPs or attending specialists. There are also more and more centers offering special consultation services for former cancer patients. This is especially true if the lymphoma appeared in childhood or young adulthood.

Desire to have children

Treatment for Hodgkin’s lymphoma increases the risk of not being able to conceive any children later. Patients wishing to have children are therefore advised accordingly by health professionals – there may be measures to consider before the treatment which preserve fertility as best as possible.

Do you want to know what you can do to protect your own fertility? And what options there are to conceive a child later despite possibly limited fertility? You can find background information and contacts on the Cancer Information Service of the German Cancer Research Center website (in German).

The point of contact for the diagnosis and treatment of Hodgkin’s lymphoma in Germany is the German Hodgkin Study Group (GHSG). The study group belongs to the Competence Network Malignant Lymphomas.

Patients can contact the Competence Network Malignant Lymphomas (KML) with all their questions about lymphomas.

Hodgkin’s lymphoma should be treated by a team of experienced doctors from a number of different specialties. Hospitals that are particularly experienced in the treatment of patients with lymphoma can become certified as oncology centers specializing in “hematological neoplasms”. The German Cancer Society (DKG), in conjunction with the German Society for Hematology and Medical Oncology (DGHO), regularly checks these hospitals for compliance with certain requirements.

You can find the addresses of centers with this designation on the OncoMAP website. To do this, select “Hematological Neoplasms” in the search panel under “Centre”.

Important: It is not currently mandatory in Germany to gain verification of compliance with these requirements. There may also be suitable clinics that have not yet applied for this verification.

In cooperation with the Cancer Information Service of the German Cancer Research Center (Krebsinformationsdienst des Deutschen Krebsforschungszentrums). As at: 06/04/2021 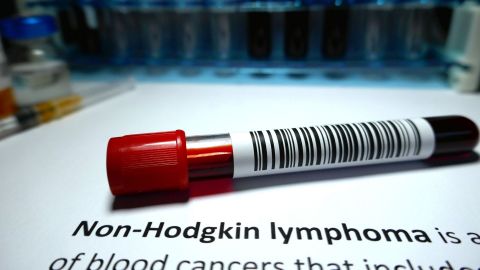 Non-Hodgkin’s lymphoma is a collective term for about 30 different malignant lymphomas. The exact type of lymphoma determines its treatment. 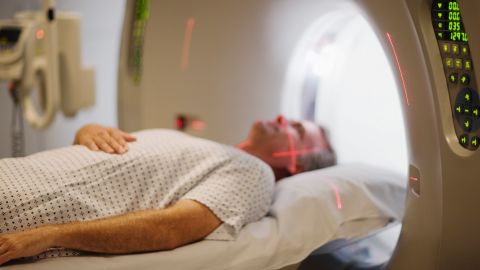 Multiple myeloma is a cancer that originates from plasma cells in the bone marrow. With modern therapies, multiple myeloma can usually be effectively treated.