What is a non-Hodgkin’s lymphoma?

The malignant cells come from white cells known as mature lymphocytes. They particularly spread in the lymph nodes, but they can also multiply in the liver and other organs.

The word lymphoma literally means “lymph node swelling”. When this refers to a problematic tumor, experts call it a malignant lymphoma.

Hodgkin’s and non-Hodgkin’s lymphomas: what is the difference?

Malignant diseases in the lymphatic system (malignant lymphomas) used to be divided into 2 groups:

The term non-Hodgkin’s lymphoma covers about 30 different malignant lymphomas. Specialists now no longer officially use the term to categorize lymphomas, but it is still very common in practice.

What non-Hodgkin’s lymphomas are there?

Since the 1970s doctors have differentiated between non-Hodgkin’s lymphomas that grow slowly (indolent, low grade) and those that grow quickly (aggressive, high grade).

Important: Despite its name, chronic lymphocytic leukemia (CLL) is also a non-Hodgkin’s lymphoma – the disease comes from mature B-cells in the lymphatic system. Unlike other lymphomas, though, the lymphoma cells tend to be found in the blood.

Otherwise, by “leukemia” experts refer to malignant diseases that come from immature white blood cells (blast cells) in the bone marrow. One example is acute lymphoblastic leukemia (ALL).

Which symptoms can occur with non-Hodgkin’s lymphoma?

Patients with a non-Hodgkin’s lymphoma usually complain of swollen lymph nodes in the beginning. The enlarged lymph nodes are usually painless and often occur in the throat and neck area, the groin, or in several places at once.

But lymphomas may also occur in lymph nodes which cannot be seen or touched from the outside, for example in the chest or stomach area. A non-Hodgkin’s lymphoma occasionally also occurs in the head or spine, the so-called central nervous system (CNS).

There are no symptoms which only occur with non-Hodgkin’s lymphoma. Typical indications of having a malignant lymphoma can also occur with other conditions. These also include non-cancerous conditions such as infections. If symptoms persist over a lengthy period, a visit to the doctor is recommended. General Practitioners can already narrow down what is causing the symptoms and, if necessary, initiate further diagnostic steps with specialists.

Why do non-Hodgkin’s lymphomas occur?

Cancer is caused by changes to the genetic makeup of a single cell which then multiplies uncontrolled. With non-Hodgkin’s lymphomas, this happens in individual white blood cells, or lymphocytes.

With most patients, there is no answer as to why this happens. Presumably, various factors have to interact before a non-Hodgkin’s lymphoma develops.

In very general terms, radiotherapy and chemotherapy increase the risk that malignant lymphomas will develop. Other factors also increase the probability of particular lymphomas. For example, the Helicobacter pylori bacterium increases the likelihood that a so-called MALT lymphoma will develop in the stomach. Epstein-Barr viruses can play a role in the development of so-called Burkitt lymphomas in particular.

Important: If a person has been exposed to the chemical benzene at work, many diseases of the lymphatic system can in Germany be recognized as an occupational disease.

How common are non-Hodgkin’s lymphomas?

The most common non-Hodgkin’s lymphomas include:

More rare are, for example:

How do non-Hodgkin’s lymphomas progress?

How a non-Hodgkin’s lymphoma progresses depends particularly on the type of lymphoma. But in general:

Aggressive lymphomas usually grow rapidly over a few weeks or months. With intensive treatment these lymphomas can often be treated successfully and cured for the long term.

Less aggressive “indolent” lymphomas usually grow slowly over several years or decades. The patients are usually only treated when they have symptoms. The illness can typically not be cured, but successfully held “in check”. Patients with an indolent lymphoma can often live quite normally for many years.

How are non-Hodgkin’s lymphomas diagnosed?

If a patient is suspected of having a non-Hodgkin’s lymphoma, the doctors usually remove an entire lymph node or conspicuous tissue. Specialists closely study the removed tissue in the laboratory. This identifies which type of lymphoma it is.

Once the type of lymphoma has been identified, the doctors examine how much the lymphoma has spread through the body. Experts also refer to these examinations as staging.

They include, for example:

The results of all these tests are important if the doctors are to be able to successfully plan treatment of the lymphoma.

Before any treatment can begin, doctors thoroughly examine the heart, lungs and thyroid gland. In this way they can check how well the patient can tolerate the planned therapy. If there are any co-morbidities, the doctors adjust the therapy accordingly.

How are non-Hodgkin’s lymphomas treated?

Doctors can only decide how to treat a patient with a non-Hodgkin’s lymphoma when the lymphoma type is known. When the treatment can begin, and which therapy strategy might be an option, also depend on the spread of the lymphoma in the body. The patient’s age and general health are also important.

Chemotherapy is often an option with a non-Hodgkin’s lymphoma. Chemotherapy involves the patient being given drugs that slow down cell growth or block cell division: so-called cytostatics. The cytostatics may be combined with an antibody targeted at the lymphoma cells. Specialists call this combination immunochemotherapy.

Scientists are also researching various targeted drugs and new types of immunotherapies for treating specific non-Hodgkin’s lymphomas. Some of these “new” substances have already been given approval as drugs and are being successfully used with individual lymphomas.

What are targeted cancer therapies?

The video below explains when targeted cancer therapies are used. How are these drugs used and how do they work?

What are the procedures for chemotherapy and targeted therapies and what side effects do they have? There is detailed additional information on the website of the Cancer Information Service of the German Cancer Research Center (in German).

What happens after non-Hodgkin’s lymphomas have been treated?

How patients with a non-Hodgkin’s lymphoma are looked after when therapy is over depends on the type of lymphoma and the treatment that has been given.

In general, aftercare check-ups help to detect and treat any recurrence of the non-Hodgkin’s lymphoma and also the long-term effects of the treatment.

Once treatment has been completed, patients are examined regularly, initially at short intervals, then at longer ones. The doctors ask about symptoms, examine the patient and monitor the blood. They might also use imaging tests.

Patients should talk to the doctors providing the treatment about how often they need to come for aftercare and about exactly which tests are required.

If a lymphoma is incurable, regular check-ups help to identify adverse symptoms at an early stage. Doctor and patient can discuss other therapy options and support measures. The aim is to maintain the patient’s quality of life for as long as possible.

Many lymphoma patients want to take an active part in contributing to their recovery. There are a number of ways they can do this. What can help them to cope better with the disease and the consequences of treatment depends on the individual situation:

Important: Patients with a non-Hodgkin’s lymphoma should tell their oncologist about anything that they wish to take in addition to their cancer therapy, because particularly in the case of diseases of the lymphatic system, naturopathic and other alternative remedies can have harmful effects on the disease process. They can also interact with the lymphoma therapy.

What are suitable points of contact for information about non-Hodgkin’s lymphomas?

In Germany, researchers specializing in lymphomas have formed the Malignant Lymphomas Competence Network (Kompetenznetz Maligne Lymphome e.V. – KML). Patients and doctors can turn to the KML with any questions concerning the diagnosis and treatment of lymphomas.

On their website the KML has also provided a search function that patients and doctors can use to find appropriate hospitals or medical practices for treating lymphomas.

Non-Hodgkin’s lymphoma should be treated by a team of experienced doctors from a number of different specialties. Hospitals that are particularly experienced in the treatment of patients with lymphoma can become certified as oncology centers specializing in “hematological neoplasms”. The German Cancer Society (DKG), in conjunction with the German Society for Hematology and Medical Oncology (DGHO), regularly checks these hospitals for compliance with certain requirements.

You can find the addresses of centers with this designation on the OncoMAP website. To do this, select “Hematological Neoplasms” in the search panel under “Centre”.

Important: It is not currently mandatory in Germany to gain verification of compliance with these requirements. There may also be suitable clinics that have not yet applied for this verification.

In cooperation with the Cancer Information Service of the German Cancer Research Center (Krebsinformationsdienst des Deutschen Krebsforschungszentrums). As at: 08/14/2020 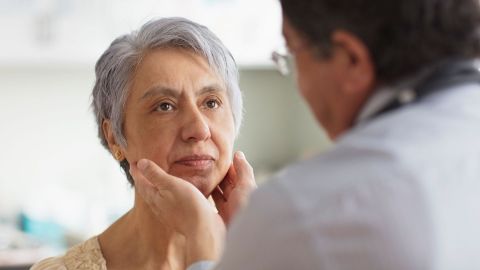 Hodgkin’s lymphoma is rare. About 2,500 people get it every year. The majority of those affected can now be cured. 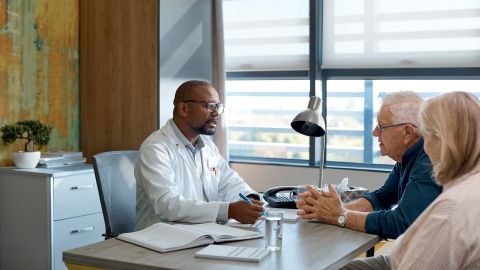 Chronic lymphocytic leukemia (CLL) is an “indolent” (slow-growing) form of lymphoma. In most cases there are no symptoms at the outset and it therefore is often detected by chance.