If a person's mouth constantly feels furry, it may be caused by oral thrush. It is rarely dangerous, but often very unpleasant. A weakened immune system makes a person more susceptible to oral thrush. Find out more.

What is oral thrush?

Oral thrush is usually caused by a yeast (candida). The most common pathogen is the Candida albicans fungus. The condition is also known as oral candidiasis.

The fungus settles in the mucous membrane in the oral cavity, and it can be found in many people without them getting ill. Under certain conditions, however, the fungus can accumulate in large quantities, for example if the immune system is weakened by a serious illness, or as a side effect from certain drugs.

Oral thrush cannot necessarily be identified at first glance. It is usually harmless and not always painful. However, it can be very unpleasant and badly impair the person's quality of life.

What are the symptoms of oral thrush?

The typical sign of oral thrush is a white deposit on the affected mucosa in the mouth and throat. These deposits can be scraped off with a wooden spatula, and beneath there are red, inflamed areas, often bleeding slightly.

Despite good oral hygiene sufferers constantly have a furry feeling in the mouth. The sense of taste changes, too, and there is sometimes soreness or a burning sensation on the tongue. These symptoms make eating and drinking more difficult. If the oral thrush is bad, swallowing and talking can also be difficult.

Oral thrush usually occurs as a result of illnesses or as a side effect of a treatment. A fungal infection is often a complication resulting from cancer treatment, in particular. Chemotherapy can cause the mucous membranes to be attacked and the immune system weakened – this makes it easier for the fungus to spread. Radiotherapy in the head/neck area also increases the risk. The risk of getting a fungal infection increases with the intensity of the treatment.

But other factors can favor oral thrush, too. These include, for example, dentures, diabetes mellitus and certain medications such as broad-spectrum antibiotics that are administered over several weeks. A fungal infection will occur more quickly when the body and its defenses are weakened. This is the case with people with HIV/AIDS, for instance. Care recipients who are generally weak, who do not eat or drink much, or require artificial feeding, are at particular risk.

How can oral thrush be prevented?

Healthy people do not have to do anything to prevent oral thrush. People at greater risk can take action to protect themselves. Someone in an at-risk group, for example due to a cancer treatment or a HIV/AIDS illness, can take so-called antifungals as a preventive measure. Antifungals are drugs that inhibit fungal growth or kill fungus.

To date there has not been enough research into other measures that can protect against oral thrush. In any case, good oral hygiene is recommended, especially for people with dentures. So-called probiotics can possibly help older people in particular protect from oral thrush.

Further information, for example about how to prevent oral thrush, can be found at gesundheitsinformation.de.

How is oral thrush diagnosed?

Anyone who is at risk of oral thrush needs to quickly tell their doctor or nurse if they have burning sensations or soreness in their mouth. An examination will then verify whether it is a fungal infection. If it is unclear, the mucous membrane deposit will be swabbed with a sterile cotton wool wad and tested in the laboratory.

People with cancer or HIV/AIDS should have their mouth examined regularly. This will identify any infection at an early stage. People can also examine their mouth themselves in the mirror to see whether there are any changes such as a white deposit or inflammation. Loved ones or nurses can help with this, too.

How is oral thrush treated?

Fungal infections are treated with antifungals. Some medications are applied directly (locally) to the areas affected. Others are swallowed or drunk – they then spread through the entire body (systemic). Some of the medication applied locally also gets into the gastrointestinal tract via saliva. Some of this is absorbed there and then also spreads through the entire body.

Studies with cancer and HIV/AIDS patients show that antifungals are probably more effective if they are swallowed rather than applied. However, the side effects are stronger when swallowed. For instance, they can cause temporary headaches, rashes, nausea, bloating, and diarrhea.

Which antifungal is suitable for a therapy depends on the patient. The state of health and the severity of the infection determine the choice. The drugs are usually taken over a period of one to two weeks.

To protect sore areas in the mouth, the diet can be adjusted. Soft foods and avoiding hot and alcoholic drinks have been shown to be effective. For sweetening, honey is preferable to sugar, since honey is said to have an antibacterial, anti-inflammatory effect. 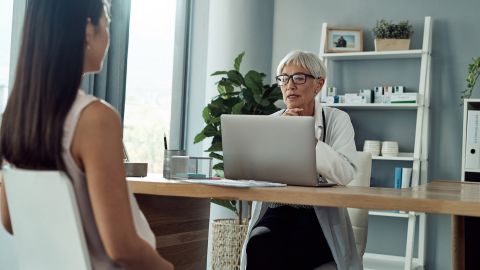 Fungal infections of the vagina occur frequently in women of childbearing age. They often require only brief treatment with vaginal suppositories or creams.