Anthrax is a dangerous infectious disease transmitted by bacteria from animals to humans. Occupational groups in agriculture and forestry, for example, are at some risk of infection if they come into contact with infected animals.

Anthrax is a rare but dangerous infectious disease caused by bacteria. The disease is called “anthrax” since the pathogen is called Bacillus anthracis. This name comes from the Greek and means “coal”. This is a reference to the fact that the spleen or other affected areas turn black from the disease.

Depending on the part of the body where anthrax occurs, there are four different variants:

Cutaneous anthrax is the most common form of the disease; the other three variants are very rare.

What are the symptoms of anthrax?

Anthrax causes different symptoms that depend on the affected organ.

In cutaneous anthrax, pea-sized bumps form at the infection sites, mainly affecting the hands, arms, neck and face. The bumps turn first into fluid-filled blisters and then into an ulcer covered with black scabs (anthrax carbuncle). The skin lesions are not painful.

The symptoms of pulmonary anthrax initially resemble those of a cold. However, the toxins released by the bacteria then cause severe symptoms that include a high fever within one to three days. This can develop into blood poisoning (sepsis) along with lung and cardiovascular failure.

Symptoms of injection anthrax first become noticeable around the injection site as painful swelling. Extensive inflammation of the skin and underlying tissues occurs. The nervous system and gastrointestinal tract may also be affected.

All of the aforementioned forms can develop into meningitis as a complication. Symptoms such as headache, high fever, confusion, tremors, and muscle pain then suddenly appear. Patients get worse very quickly as the disease progresses. The disease is almost always fatal.

What are the causes of anthrax?

All four types of anthrax are caused by the same bacterial pathogen. Bacillus anthracis is a bacterium that spreads in the form of extremely resistant spores. It produces various toxins that cause symptoms. The bacteria are transmitted to humans from animals or through animal products. Such infectious diseases are also called zoonoses. Infected are mainly cloven-hoofed animals such as pigs, cattle, horses, sheep and goats.

Important: Human-to-human infection does not usually occur. However, it is possible to become infected through direct contact with affected skin or wound fluid.

The anthrax pathogen can be transmitted in several ways.

Cutaneous anthrax is transmitted through direct contact with animals infected with the anthrax bacteria. Animals, in turn, become infected via bacterial spores that can survive for years in the soil. Therefore, people who process animal hides and skins, animal bones and bone products, and other animal tissues are at some risk. Likewise, workers in veterinary medicine and in agriculture, forestry, and hunting can become infected from infected animals. The disease can also be found in Europe, although it is rare.

Pulmonary anthrax is caused by inhalation of the spores of the anthrax pathogen. This is most likely to happen when spores are intentionally released for this purpose, for example as a biological weapon. It can take up to two months for symptoms to appear.

The digestive tract becomes infected with the pathogen when someone has eaten parts of a diseased animal.

Transmission occurs when a substance contaminated with anthrax spores is injected. This can happen, for example, during drug use with, e.g., contaminated heroin. Infection via contaminated syringes cannot be ruled out.

Helpful information for drug users is offered by the Robert Koch Institute.

How common is anthrax?

Anthrax is a rare infectious disease. The last case of cutaneous anthrax in Germany was in 1994. Since 2000, there have been several cases of anthrax among drug users in Europe; in 2012, the disease was also found in four German heroin users.

In cows, the last outbreak of anthrax occurred in Germany in 2012. In contrast, the disease is more common in developing countries.

How can people at risk protect themselves?

Unprotected contact with diseased animals or animal products should be avoided.

How is anthrax diagnosed?

Blood samples, swabs, or tissue samples of the skin are used for direct diagnosis of the anthrax bacteria. In order to multiply and clearly identify the pathogen, blood samples must be taken before starting therapy with antibiotics. Diagnosis is only possible in special laboratories, which must observe strict safety precautions.

How is anthrax treated?

Various antibiotics are available for treating anthrax, depending on the symptoms and severity of the disease. Even before the laboratory result is available, doctors should start treatment immediately if anthrax is suspected, as the disease can be fatal within a short time if left untreated. In contrast, an early start of antibiotic therapy leads to a rapid improvement.

There are many antibiotics that are effective against the anthrax pathogen. They are usually given as infusions and sometimes also combined. Depending on the severity of the course of the disease, supporting treatment in the intensive care unit may be necessary. If the course of the disease has already progressed to the point where the bacteria have been able to produce numerous toxins, antibiotic therapy is usually no longer successful.

In order to prevent or slow down the progression of the disease, antibodies against the bacterial toxins can be used to supplement antibiotic therapy in cases of pulmonary anthrax. However, these are only approved in the United States.

Injection anthrax can cause death of the affected skin and underlying soft tissue. These areas must then be surgically removed, sometimes several times.

What protective measures can be taken when in the presence of an infected person?

Although the risk of contracting the infection from an infected person is extremely low, infection is possible if contact is made with contaminated clothing or wound fluid. The following measures, which reduce the risk of infection, apply primarily to hospital personnel:

Persons who have been in contact or persons suspected of being infected do not have to self isolate. However, persons who may have become infected should be monitored closely to identify possible symptoms immediately. They may also take antibiotics as a precautionary (prophylactic) measure.

Important: Anthrax is a disease that must be reported. If bioterrorism is suspected (the pathogen has also been used as a biological weapon in the past), the responsible health department will initiate all further necessary steps. 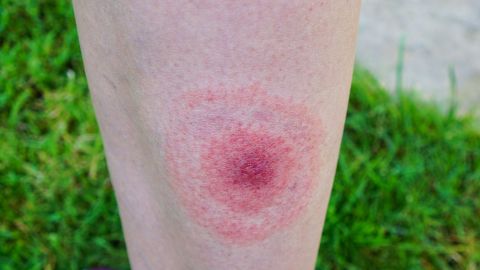 Tick bites do not usually cause any complications. But some ticks transfer Lyme disease to humans. Lyme disease is usually treated with antibiotics. 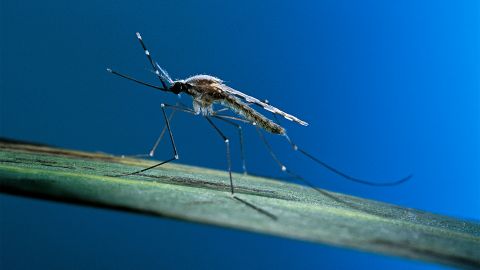 Malaria is an infectious disease that is spread by the Anopheles mosquito. In Germany, a few hundred cases of the disease brought back by travelers are registered each year. 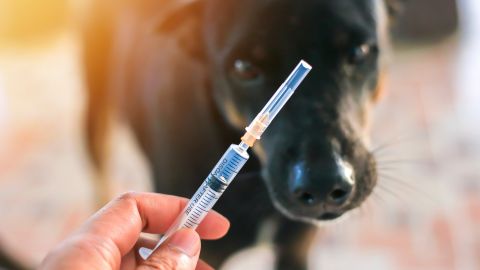 Rabies is a zoonotic disease, i.e. a disease transmitted from animals to humans. It is usually caused by lyssaviruses, a family of viruses that includes the classic rabies virus.