The bubonic plague is caused by a bacterial infection, transmitted to humans by flea bites. The disease still occurs in certain areas of Africa, Asia and America, but it no longer exists in Europe.

What is the bubonic plague?

The plague – formerly also known as the “Black Death” – is an infectious disease caused by the bacterium Yersinia pestis. There are three subtypes – bubonic plague, pneumonic plague and septicemic plague.

The bubonic plague is caused by bacteria, usually transmitted to humans by the bite of infected fleas. These fleas typically live on rats and other rodents. In Germany it is not currently known that groups of these animals are infected with the agent causing the plague.

A typical symptom of bubonic plague is swelling (called buboes) usually in the groin area, caused by enlarged lymph nodes. Bubonic plague can be treated effectively with antibiotics.

What are the symptoms of bubonic plague?

The incubation period of bubonic plague, i.e. the time between getting infected and the first symptoms appearing, is one to seven days. Once a person is infected with the bacteria, the symptoms of bubonic plague appear very suddenly.

The general symptoms include:

The typical sign of bubonic plague is swelling caused by enlarged lymph nodes. These are known in everyday language as buboes and are usually found in the groin area. The swollen lymph nodes may rupture, releasing highly contagious pus. Sometimes you can see fleabites some distance away from the buboes.

Bubonic plague is caused by bacteria (Yersinia pestis). These bacteria are highly contagious and can be transmitted in a number of different ways.

The pathogen causing the plague is usually transmitted by a bite from infected fleas. These fleas live on host animals such as rats or other rodents. But cats, hares and rabbits can also carry infected fleas.

In areas where the plague still occurs, it is mainly wild rodents that transmit the fleas. When the plague breaks out, they get sick and sometimes die. But the animals can also be infected without any noticeable symptoms and pass on the bacteria. In Germany it is not currently known that there are animals with infected fleas.

But the pathogen causing the plague can also be transmitted to humans through direct contact with dead wild animals, for example, when infected animal secretions are touched.

It is possible for it to be spread from person to person when they come into contact with pus-filled fluid from the buboes.

Important: If the pathogen causing the plague reaches the lungs, the resulting complication is known as secondary pneumonic plague. A person can then also become infected via airborne droplets (for example through coughing or sneezing), directly resulting in pneumonic plague.

What are the risk factors for bubonic plague?

For people living in Germany there is almost no risk of them getting bubonic plague.

There is a certain, but ultimately very low risk in the following situations:

Anyone traveling in these regions is therefore strongly recommended to avoid contact with rats, rabbits, cats, prairie dogs and squirrels as much as possible.

How common is bubonic plague?

There have been several large outbreaks of plague in Europe over the centuries: in the 6th, 13th to 15th and in the 19th century. Today’s estimates suggest that well over 100 million people have died from plague epidemics, meaning that they have been burned into the collective consciousness of humanity as great and terrible events.

Improved hygiene has meant that plagues have become rare worldwide, but the disease has not been completely eradicated. A total of 3,248 cases of plague in all its forms worldwide were reported to the World Health Organization (WHO) between 2010 and 2015, with 584 infections proving fatal.

The plague is still present in certain areas of Africa, America and Asia. Almost all regions are in the tropics and subtropics, i.e. in the hot and warm temperate zones roughly between 40 degrees north and south latitude.

Madagascar has the most plague infections with several hundred cases a year. Other countries with less common cases of plague include:

The USA is the only country outside the subtropics and tropics where the plague is present. In Germany no cases of plague have been registered over the last few centuries, not even by people entering the country.

Important: The risk of infection is considered low for people traveling from Germany and Europe as long as they practice good hygiene and keep away from rodents. There is a slightly greater risk in Madagascar in the period of increasing cases and outbreaks.

How does bubonic plague progress?

Bubonic plague develops from a flea bite that lets the bacterium get under the skin. The pathogen causing the plague then migrates through the lymphatic system to the nearest lymph node, causing a painful lymph node inflammation with enlarged and swollen lymph nodes, especially in the groin area.

Without treatment, bubonic plague can lead to death within 24 hours. This happens with around half of all cases. If it is treated with antibiotics, more than 90 percent of those infected survive.

If the pathogen causing the plague reaches the lungs, the resulting complication is known as secondary pneumonic plague.

How can a bubonic plague infection be prevented?

There is no commonly available vaccine against the plague. Persons who have contact with people who have the plague may consider to take an antibiotic as a precaution.

Those traveling in countries with cases of plague should avoid contact with potentially affected animals. In addition to rodents these also include feral animals, especially cats or dogs.

The Foreign Office has published a leaflet about the plague aimed at working people and travelers who go to affected areas. Link to the leaflet

How is bubonic plague diagnosed?

Overall the risk of travelers from Germany and Europe getting infected is considered low in countries with isolated cases of the plague. Except for Madagascar, this applies to all countries. For the sake of completeness, here are the steps taken to reach a diagnosis.

The first clues emerge from the doctor asking questions of the person who may have the disease:

As there are other common infectious diseases with similar symptoms in most areas with cases of plague, they must be ruled out in tests carried out to reach a diagnosis (differential diagnosis).

If the suspicion of bubonic plague is confirmed, the doctor examines samples from the lymph nodes, blood or – if they think it’s pneumonic plague – saliva. The pthogens causing the plague are then bred in the laboratory (bacteria culture). But the bacteria can also be directly detected with special methods. In Germany there are two specialized laboratories for suspected plague cases.

How is bubonic plague treated?

People who have bubonic plague are treated with antibiotics, which should be started as soon as possible, ideally within 18 hours of the first symptoms occurring, and they must be admitted to hospital.

At the start and during the treatment, doctors should ensure that the agent causing the plague has not become insensitive to the medication used (known as resistance).

Reviewed by the German Society for Tropical Medicine, Travel Medicine and Global Health (DTG). As at: 08/03/2020 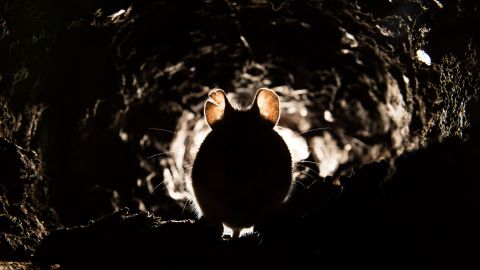 It is true that the plague is now rare, but it has not been completely eradicated. Pneumonic plague may occur on its own or as a result of bubonic plague.