Primary pneumonic plague occurs due to infection with the Yersinia pestis bacterium, which is transmitted by tiny droplets in the air. The secondary form of pneumonic plague is a possible result of bubonic plague. The plague still occurs in certain areas of Africa, Asia and America, but it no longer exists in Europe.

What is pneumonic plague?

The plague – formerly also known as the “Black Death” – is an infectious disease caused by the bacterium Yersinia pestis. Pneumonic plague is the most serious form of the plague. It can occur on its own (primary pneumonic plague) or following bubonic plague (secondary pneumonic plague). The illness can be cured by treating it rapidly with antibiotics.

What are the symptoms of pneumonic plague?

Primary pneumonic plague is transmitted by droplets. The incubation time (between infection and the appearance of symptoms) is one to 3 days.

After infection with the bacterium, flu-like symptoms suddenly appear. The condition of an infected person deteriorates rapidly. The general symptoms are similar to those of bubonic plague. They include abnormal fatigue, headaches, vomiting, high temperature, shivering, impaired consciousness, and enlargement of the liver and spleen.

With pneumonic plague, alongside severe lung symptoms such as breathlessness, painful coughing with sputum and pain in the chest, other adverse symptoms triggered by sepsis can also appear:

The video below explains how sepsis is triggered. What are the symptoms and how can they be treated?

Pneumonic plague generally progresses more rapidly and is more severe than bubonic plague. If not treated it is very quickly fatal.

A distinction is drawn between primary and secondary pneumonic plague. In the primary form, the germs are transmitted from a person who is ill with pneumonic plague. The secondary form is spoken of when in a patient with bubonic plague, the illness has spread to the lung. Then, too, the bacteria can be passed on in small droplets that occur when talking or sneezing. This is rare, however.

What are the risk factors for pneumonic plague?

In Germany there is no risk of catching pneumonic plague. There is a slight risk if traveling to countries and areas where there are cases of plague disease. However, it should be emphasized that this risk is actually very small. An exception is Madagascar, where there are several hundred cases of plague every year. During outbreaks of plague the risk of travelers becoming infected can increase slightly.

How common is bubonic plague?

There have been several large outbreaks of plague in Europe over the centuries: in the 6th, 13th to 15th and in the 19th century. Today’s estimates suggest that well over 100 million people have died from plague epidemics, meaning that they have been burned into the collective consciousness of humanity as great and terrible events.

Better hygiene has caused plague infections around the world to become rare, but the disease has still not been completely eradicated. A total of 3,248 cases of plague in all its forms worldwide were reported to the World Health Organization (WHO) between 2010 and 2015, with 584 infections proving fatal.

The plague is still present in certain areas of Africa, America and Asia. Almost all of those areas are in tropical and sub-tropical, i.e. in the hot and warm temperate zones roughly between 40 degrees latitude in the northern and southern hemispheres.

Madagascar has the most plague infections with several hundred cases a year. Other countries with less common cases of plague include:

The USA is the only country outside the subtropics and tropics where the plague is present. In Germany no cases of plague have been registered over the last decades, not even by people entering the country.

Important: The risk of infection is considered low for people traveling from Germany and Europe as long as they practice good hygiene and keep away from rodents. There is a slightly greater risk in Madagascar in the period of increasing cases and outbreaks.

How does pneumonic plague progress?

Pneumonic plague is the most serious form of the plague.

The plague bacteria produce a toxic substance. If sufferers cannot be treated quickly enough, in most cases the illness is fatal within 24 hours. With pneumonic plague, in addition to general symptoms such as a high temperature, there are also specific, severe lung symptoms such as breathlessness, coughing and pain in the lung area. Breathing arrest and shock may occur.

How can a pneumonic plague infection be prevented?

There is no commonly available vaccine against the plague. If someone comes into contact with a person with plague, an antibiotic can be administered prophylactically.

The Foreign Office has published a leaflet about the plague aimed at working people and travelers who go to affected areas.
Link to the leaflet

How is pneumonic plague diagnosed?

Overall the risk of travelers from Germany and Europe getting infected is considered low in countries with isolated cases of the plague. Except for Madagascar, this applies to all countries. So the steps involved in diagnosis will only be described here for the sake of completeness.

The first indications come from questioning the person who may be ill:

If pneumonic plague is suspected, blood or saliva samples are tested. Specific methods can be used to provide evidence of the bacteria. In Germany there are two specialized laboratories for suspected plague cases.

How is pneumonic plague treated?

Anyone who gets pneumonic plague must be taken to hospital as quickly as possible and treated with appropriate antibiotics.

Initially, and during treatment, it should be ensured that the plague bacteria have not become resistant to the drug being used.

Reviewed by the German Society for Tropical Medicine, Travel Medicine and Global Health (DTG). As at: 08/03/2020 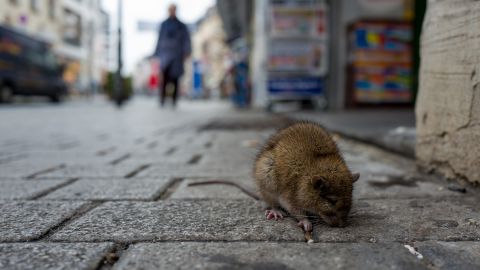 The bubonic plague has spread fear and terror over the centuries. Although the disease has now become rare, no one has managed to eradicate it.