Canker sores are among the most common diseases that occur in the lining of the mouth. Canker sores initially produce a tingling or burning sensation, before becoming painful. These creamy-white and reddish sores usually heal on their own. Gels, creams, or mouth rinses may help ease the pain.

What are canker sores?

Many people suffer with canker sores at irregular intervals. These are inflamed lesions (open wounds) in the lining of the mouth that are creamy-white and reddish in color. Two to four canker sores often occur at the same time. Although painful, they usually clear up on their own without any complications. Some people experience canker sores that recur after just a few weeks, while others may not see a recurrence for months or years.

The cause of these small, non-contagious sites of inflammation in the lining of the mouth is unknown. As a result, there is as yet no treatment available to prevent canker sores. However, pain-relieving, anti-inflammatory gels, creams, or mouth rinses provide relief.

If an individual has a very large inflamed sore or several sites of inflammation, it is important that they consult a doctor or dentist. Also if any additional symptoms are present, such as halitosis (bad breath) or swollen lymph nodes, a visit to the doctor is essential. The doctor will then determine whether another disease may in fact be causing symptoms similar to those of canker sores.

What symptoms occur with canker sores?

First and foremost, canker sores are painful. When a canker sore forms, the affected area may also produce tingling and burning sensations or feel raw.

Pain may increase if food that causes additional irritation to the inflamed mucous lining of the mouth is consumed – examples include crusty bread rolls, sour fruit, and spices. Chewing and speaking may also increase pain levels.

Canker sores usually form as round, creamy-white sores on the lips or the insides of the cheeks. They occur less frequently on the roof of the mouth, gums, and tongue. They are usually only a few millimeters wide and slightly sunken. Canker sores have a red border that is slightly raised. When the sores are small, they are referred to as minor (or simple) canker sores or minor aphthous ulcers.

Sores that are between 1 and 3 centimeters in size are known as major canker sores. If a large number of pinhead-sized sores appear in a cluster, these are referred to as herpetiform canker sores.

What are the causes of canker sores?

The precise reason why some people get canker sores and others don't remains unclear. However, researchers suspect that a genetic predisposition plays a role, in combination with other factors, such as stress, a weakened immunity, or hormonal fluctuations.

Factors such as these may also cause canker sores to recur after a symptom-free period. It is also suspected that deficiencies, such as an iron or vitamin B deficiency, and injuries to the lining of the mouth may also trigger canker sores.

In addition, certain diseases may produce inflammations in the mouth that are very similar to canker sores. These include, for example, chronic inflammatory bowel diseases or Behçet's disease.

How common are canker sores?

Canker sores (aphthous ulcers) are among the most common diseases that occur in the lining of the mouth. Some researchers estimate that one in ten people are affected. However, the precise number of people who suffer from recurring canker sores is unknown.

Most people first experience canker sores during adolescence or early adulthood and they are more common among females.

How do canker sores progress?

Tingling or burning sensations may be experienced in the first few hours of a canker sore developing. The affected area becomes red, swells slightly, and starts to be painful. Over a period of 1 to 3 days, the swelling develops into a pit in the tissue with a creamy-white coating. The pain begins to ease a few days later. The canker sore disappears entirely after approximately 1 week.

Major canker sores may last longer and be more painful. It may take up to 4 weeks for them to heal and they may leave a scar on the lining of the mouth.

Most people experience recurring canker source between three and six times per year. However, some people may remain symptom-free for years. The intervals between recurrences become longer with age.

Severe cases are rare. In such instances, major canker sores may last much longer than usual. Or they may be so painful that the sufferer may be unable to eat or drink. Severe cases may also be accompanied by sores on the mucous membranes of the sex organs.

How are canker sores diagnosed?

The appearance, progression, and symptoms of canker sores are usually so typical that they can be diagnosed immediately without any special tests.

If a canker sore fails to heal within 2 weeks or if the inflammation is very pronounced, consulting a dentist or doctor is the best course of action. They will take a close look at the lining of the mouth and ask, for example, about symptoms and eating habits.

If there is any suspicion that another disease could be causing the inflammation, additional tests may be necessary – for example, a swab, blood test, tissue sample, or examination of certain organs, such as the bowel.

How are canker sores treated?

Most canker sores heal on their own without treatment. For pain relief, gels or creams, for example, can be applied to the inflamed sores. Mouth rinses may also help. It is only advisable to use other treatments – such as laser therapy or anti-inflammatory tablets – in severe cases.

For more detailed information, e.g., on the treatment of canker sores, see gesundheitsinformationen.de. 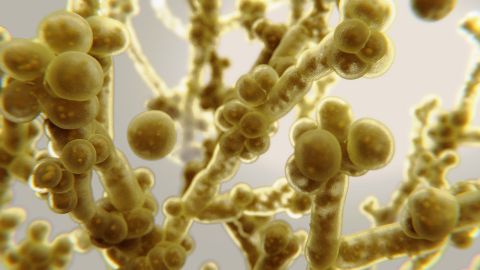 If a person's mouth constantly feels furry, it may be caused by oral thrush. It is rarely dangerous, but often unpleasant.